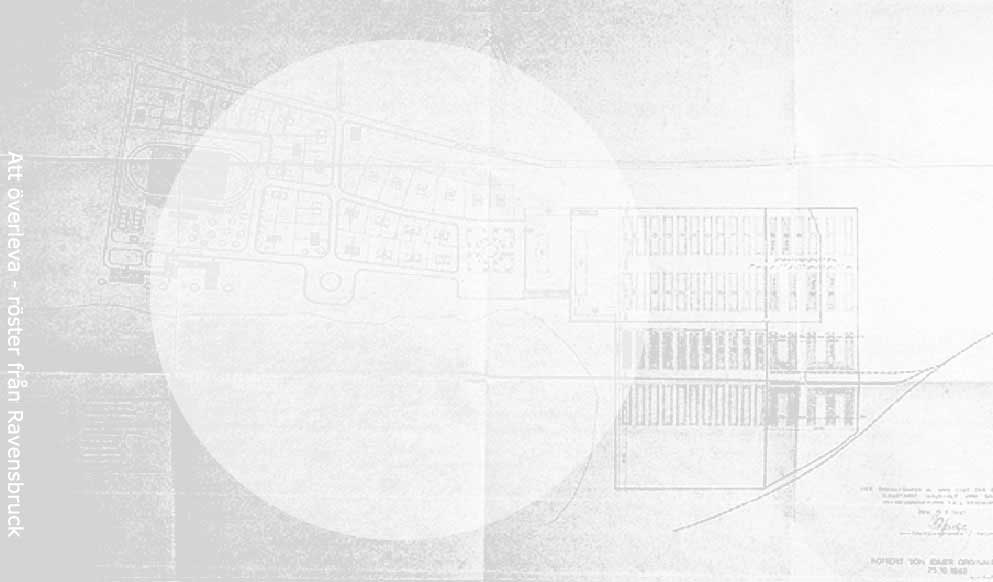 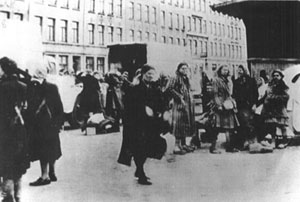 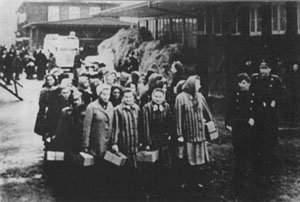 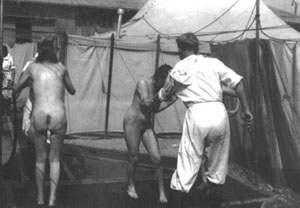 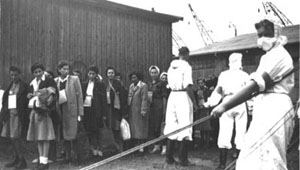 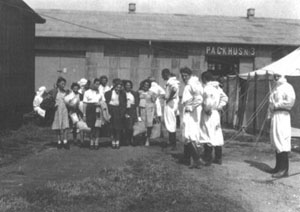 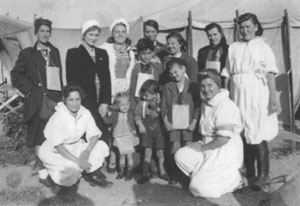 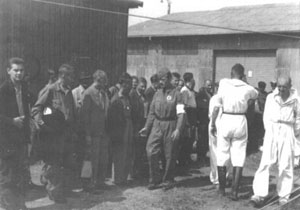 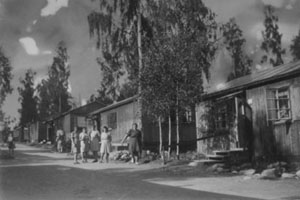 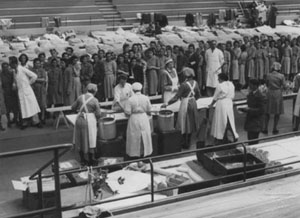 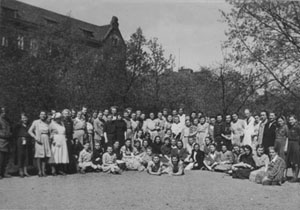 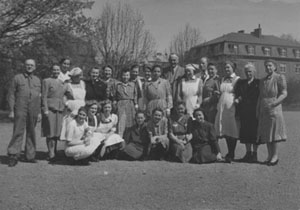 
Many of the former camp prisoners arrived at the harbor of Malmö. The first thing they had to do was to take a bath. Then they were disinfected and got new clothes. In the harbor, there was a big tent where the former prisoners could take off their clothes and have a sauna.

After the bath and the disinfection, the former prisoners were put in quarantine, where they had to stay for a while. For this purpose, the authorities had arranged a large number of empty premises such as schools and gym halls. In Lund there were a large number of former prisoners placed in different quarantine facilities: Klosterskolan, Parkskolan, Flickskolan, the Sports Hall, Palaestra, and Råbyskolan.

After quarantine, the former prisoners were transferred to different refugee camps around Sweden.

“There was a very big sauna like a corridor. On each side there were benches built facing each direction. There were showers and soap and I think there was someone to assist with the bath.

They were extremely nervous when they came. They had been through so much and I am not sure how much they had been told on the buses, but many of them were in despair. They cried and were anxious when they saw the sauna and were told to take off their clothes… that was what had happened at Ravensbrück and they thought it was the end.

Many retailers in Malmö and Lund supplied new clothes, which they could wear after the bath.”

/From an interview with Birgitta Odén,
November 2002/